Press enter to begin your search
All Posts By

“The Lineholder” is now available worldwide! Order it in e-reader or paperback on Amazon!!!

By admin | Uncategorized | No Comments 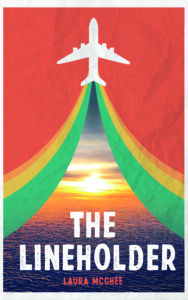 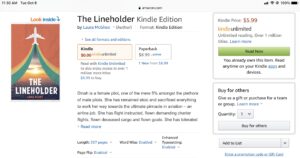 “Dinah is a female pilot, one of the mere 5% amongst the plethora of male pilots. She has remained stoic and sacrificed everything to work her way towards the ultimate pinnacle in aviation – an airline job. She has flight instructed, flown demanding charter flights, flown deceased cargo and flown goats. She has tolerated brutal misogyny and risen above it. And now, finally, she has enough flight hours to get her first job with a major airline. And she does! Unfortunately, Dinah has barely arrived at her lifelong goal when a worldwide catastrophe strikes, snatching it all away from her. With no income and no prospects, she must resort to the type of flying that most pilots would find too dangerous or too unethical. She is quickly backing herself into a corner.

Tammy is a younger pilot whose career might be over before it started. She is a Sri Lankan immigrant who moved to rural Canada with her parents. After learning to fly as a teenager, Tammy is determined to become a professional pilot. Her parents have other ideas … namely an engineering degree. Then an unexpected love interest complicates matters. Tammy follows her female love to another country, abandoning her studies, and her security. This misguided decision leaves her with no options and may also have left her with no home and no country to call home. She has no job, no mate and no legal right to be in the United States. She can’t return to Canada because her parents don’t approve of her “lifestyle choices.”

Dinah and Tammy eventually cross paths on their dysfunctional trajectories. Both of them are in desperate situations at this point. It would appear that they have no way out of their respective traps. Tammy is dodging a border agent and Dinah is attempting to extricate herself from not one but two unsavory flight jobs – one involving her boyfriend and a mysterious package from wine country and the other involving her chief pilot and some illegal transport out of Mexico. So, will they drag each other down in mutual destruction or will these strong, resourceful survivors find a way to help each other rise above and outsmart their oppressors?

The Lineholder is a satirical thriller that offers a rare, candid insider view of the aviation industry and uses that paradigm as a backdrop to explore the larger themes of sexism, racism and class distinction. From California to Vermont, from Northern Ontario to Montréal, and from Mexico to Sri Lanka, The Lineholder will fill you with frustration, futility and ultimately hope. It is a love letter to women everywhere.”

Available on Amazon in paperback and e-reader!

And the class began

It’s really important to find a good flight school … says every pilot in retrospect. With chagrin. In Canada – specifically in the Metropolitan Toronto area – there were but a few flight schools, at a few airports, to choose from. And they were all enshrouded in litigious rumor mongering bordering on urban legend. Flight schools love to trash talk each other – it’s part of the culture … like the WWF … or the NHL … or high school.

By admin | Blog | No Comments

“Have you ever flown in a Cessna before?”

“I’ve never landed in a Cessna.”

“That makes no sense.”

END_OF_DOCUMENT_TOKEN_TO_BE_REPLACED

By admin | Blog | No Comments

“What is your reason for entering the U.S.?”

“So … you train OTHER flight attendants?”

END_OF_DOCUMENT_TOKEN_TO_BE_REPLACED

By admin | Fashion | No Comments

By admin | Music | No Comments

Courage is not the absence of fear, but rather the judgment that something else is more important than fear

By admin | Food for thought | No Comments

By admin | Gaming | No Comments

By admin | Uncategorized | No Comments